Residents of the village of Lumas in Kuçova have continued today the protests against the installation of pipelines for the construction of a water supply system, at the water source of Sinec, with which they are supplied.

They physically clashed with the police and special forces as they tried to stop the works that the implementing firm was carrying out. Some of them confessed that they were physically violated by the police forces and had marks on their bodies, which reported to the prosecutor’s office.

“I laid there for 2 days. I reported it to the prosecutor’s office, they kicked us, dragged us like we were trash,” said a protesting woman.

Another resident confessed that his wife was stripped by the officers and dragged away: “We ask for our right, that water source is from God, not to put it in pipes and hide it. Gone are the days of Enver Hoxha. This person violated my wife, stripped her naked, dragged her. This person will face our children and grandchildren. ”

Several residents of the area were accompanied during the protest. Three people were injured and transported by ambulance to the hospital in Kuçova. 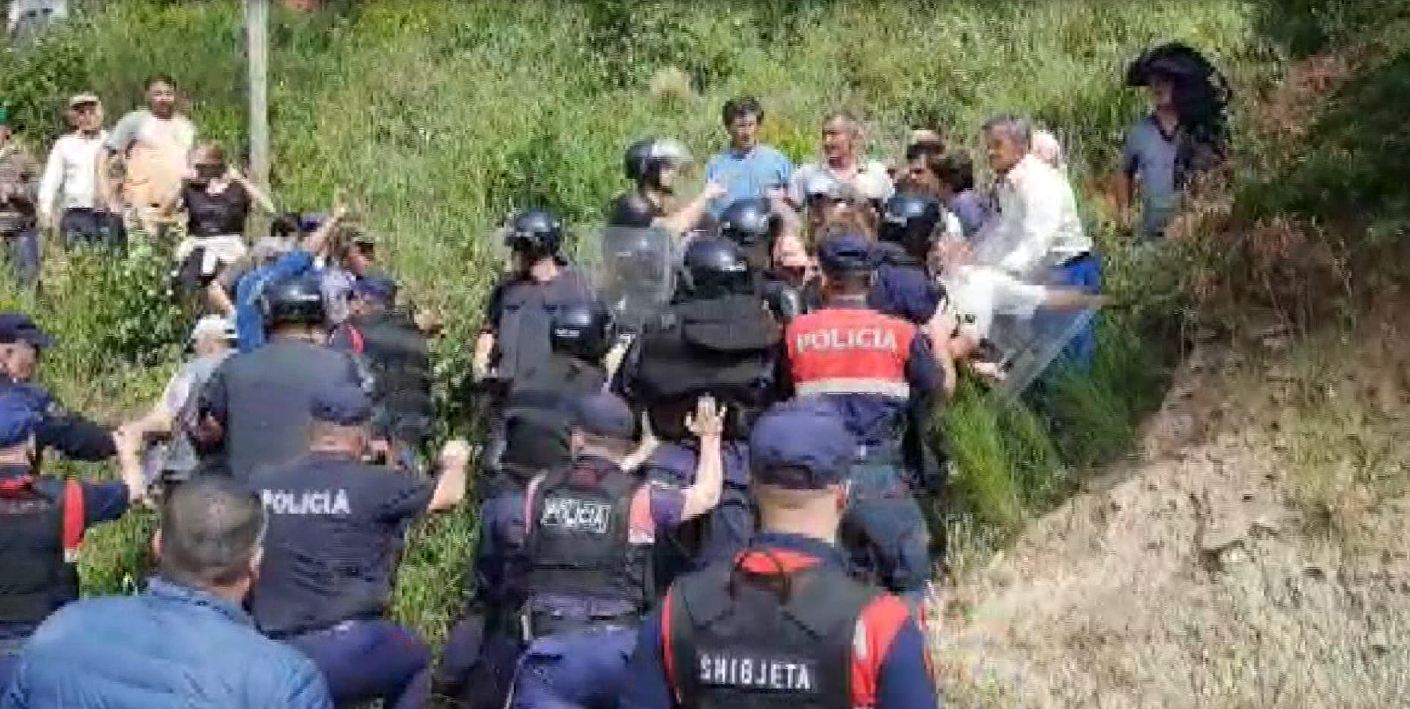