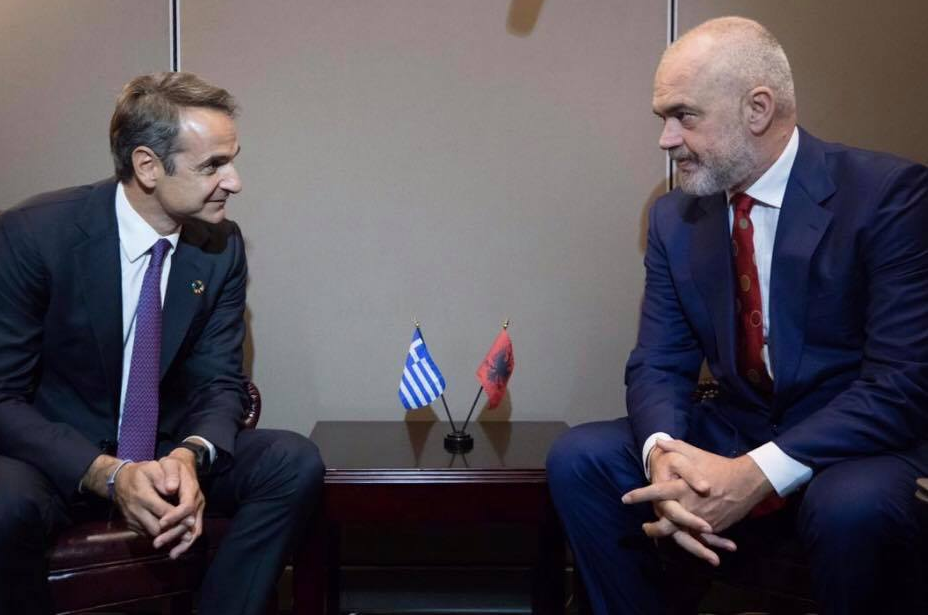 The visit of Prime Minister Edi Rama to Athens is awaited with special interest by Greek politics.

Although part of the Albanian rotating OSCE presidency, the arrival of the head of the Albanian government is expected to revive hopes that the two countries will start a new phase of rapprochement between them, which is expected to culminate with the conclusion of talks on open issues between two countries, a process initiated in 2014 by the previous Greek government.

Top Channel sources in Athens said that after the cooling of nationalist rhetoric on both sides of the border, the conditions have matured for the two countries to conclude agreements between them, such as the lifting of the war law from Greece, delimitation of territorial waters and the new treaty of strategic friendship between the two countries, which are expected to be at the top of the agenda.

Sources explain that Athens is interested in having a comprehensive dialogue with official Tirana, and is even determined to unleash some of the open problems between the two countries.

This new approach may conclude until the formation of a new relationship of trust between Greeks and Albanians in the region, with a culmination, the recognition of state of Kosovo by Greece.