In Kamza, every grocery store has a “poverty book” with customers’ debts

Debt lists in grocery shops in towns and villages are a bitter reality of sheets filled with people’s names and items bought and amounts owed which are written daily.

The municipality of Kamza in the outskirt of Tirana, has a population of 120 thousand inhabitants, of which about 600 families are treated with a meagre economic assistance.

Food items’ lists is a phenomenon that we encounter in the neighborhoods of town, a few kilometers from the capital Tirana.

“What I’m holding in my hand is the debt book of Feriz, the gentleman who has a fruit and vegetable and grocery store in Kamza”, reports Top Channel’s Juli Ristani.

“Today I am buying 5 eggs and 1 kilogram of flour. So far, the debts I have in stores have reached about 15 thousand ALL. Children cannot help us, as they have none for themselves. I buy bread, oil, salt. I am 85 years old, and poverty has overtaken me now in old age, for I have never been so poor”, says Feriz.

Mother Bajame also tells the seller “mark my name on the list”.

“Here in this store I have not yet taken food by the list, but in another place I taken almost 25 thousand Lek for food. We work to eat a piece of bread. If I had the chance, I would run away in a raft to England”, says another citizen.

The owner of the store says: “There are about 15-20 people a day who buy eggs, flour, sugar, oil by the list. They owe me about half a million lek so far. As this year, it has never been so bad, in 4 years that I have owned this store”, says the seller.

This is not just a notebook of debts, but a book of poverty, the pages of which are written every day in the shops of our towns and villages, reports Top Channel’s Juli Ristani. 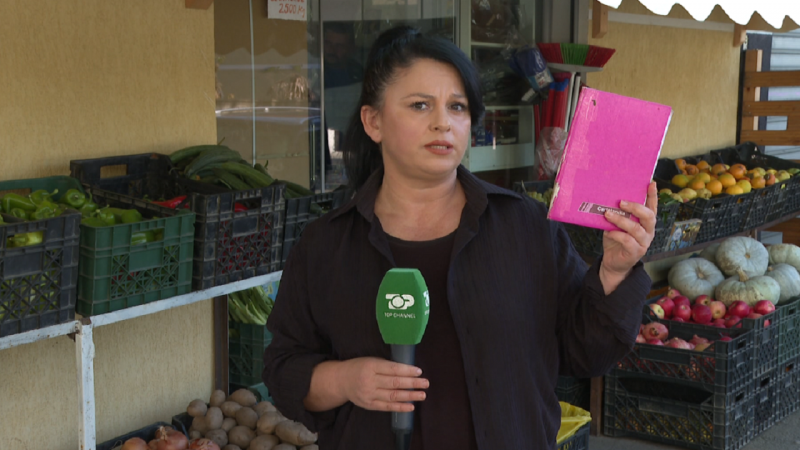