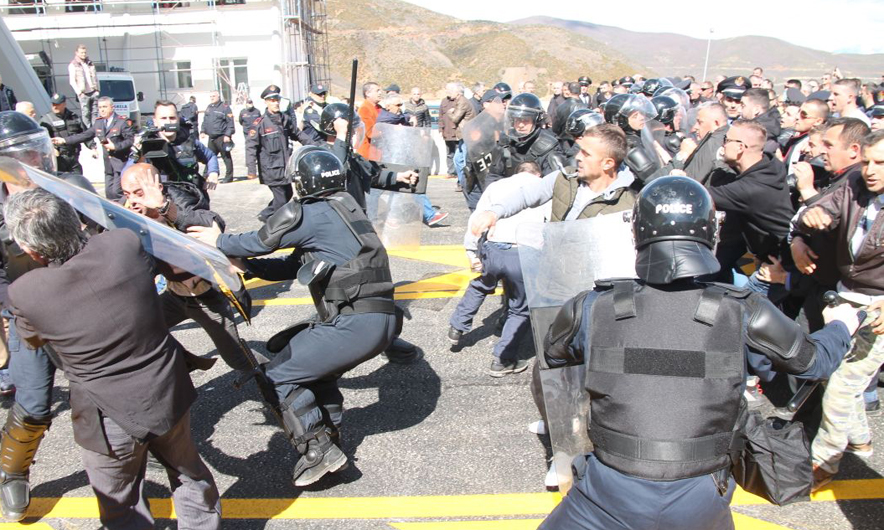 While the protest at the Nation’s Road toll booth and offices is over, the first preliminary reports show there were injuries from both sides.

Five police officers were reported injured and 12 citizens, participants in the protest.

The protest started quietly but quickly degenerated into violence, with protesters burning down the toll booths.

Angry protesters threw stones today against officers who had created a protective cordon around the toll booths and offices of the company that is appointed by the government for the road’s maintenance.

It was earlier reported that police blocked several Kosovo protesters at the border, who were to join the others.

The Rama government announced a few days ago that Albania’s first toll road would have a 5 EUR fee for small passenger cars, with the price progressively increasing for heavier vehicles, up to 22 EUR.

This affects mainly the citizens of Kosovo who use this road to visit Albania’s seaside, especially during summer.

The citizens of Kukes as well, the poorest area in Albania, cannot travel to Tirana, the capital; to Durres or even Shkoder, the other two biggest cities, without paying the toll.

The fee has been criticized as very expensive by the Kosovo PM, Haradinaj, and by the mayor of Prizren, Kosovo’s city that is closest to Albania.

Rama’s government insisted that this is the only price that can be paid to guarantee a proper maintenance of the road and that the project was drafted by their opponents, Berisha’s government.

Berisha responded that the price resulted too high and that’s why they didn’t apply the fee and that Rama’s government already collects a tax on the road, attached to the gas price.

The Durres-Kukes highway has been one of Albania’s most important infrastructure projects. Its construction created a much faster connection between Albania and Kosovo, and that is what gave it the name “The Nation’s Road”. 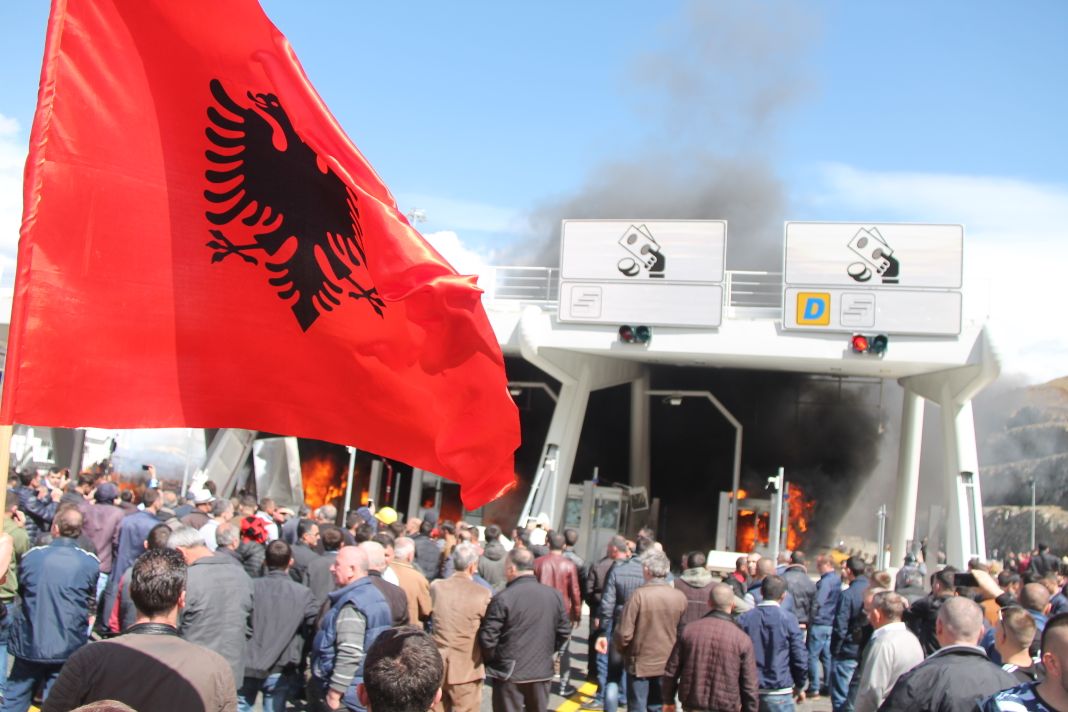