Trawler with 80,000 liters of oil is seized by Durres police, crew declared wanted 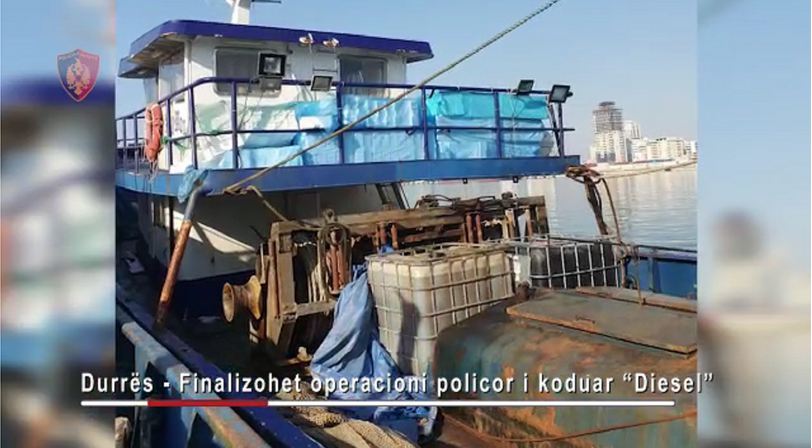 A trawler with 80,000 liters of smuggled oil was blocked by the police in the port of Durrës, while its administrator, captain and mechanic were declared wanted.

Police said the trawler had gone out to sea without notifying the authorities and turned off the monitoring equipment.

The fishing vessel went out to sea, without notifying the captain and the Border Police, in order to transport a large amount of oil and smuggle it.

The three wanted persons had improvised a deposit for the smuggled oil, in order to avoid customs duties, and had anchored the trawler without notice in the shipyard of Durrës port.

The vessel with 80,000 liters of suspected smuggled oil, was seized where it was anchored.

Under the direction of the Prosecutor’s Office of the Durrës Judicial District, the work is continuing for the complete clarification of this illegal activity, the identification and the criminal responsibility of the citizens involved.