Police launch action to clear beaches across the coast, after 4 were killed for sunbeds spaces in Velipoja

State Police launched today a large-scale operation on almost the entire coast of Albania to free beach space from the umbrellas and sunbeds of private entities without appropriate permission, after the tragic event with 4 dead on the beach of Velipoja in Shkodra.

Authorities launched an operation on the long Durres beach, in Shkembi i Kavajes, Kajava, Shengjin and Velipoje, seizing tents and sunbeds found in violation of regulations.

Some of the beach operators say that they have applied for a permit on the government portal e-Albania since 2 months but have not yet received a response. The police action to vacate public spaces on the beaches of Durrës comes a day after the ultimatum of Prime Minister Edi Rama.

“One thing is indisputable that the framework of this process will be implemented with grace or inadvertently. I want to call on all those who are not in line with the documentation as they have operated with the theory of fact committed to leave the areas that do not belong to them by law and as a rule the police will be present in all the coastline and will confiscate every tent, chair or any other structure “, said earlier Prime Minister Edi Rama. 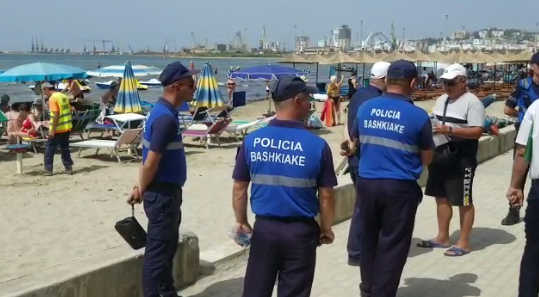