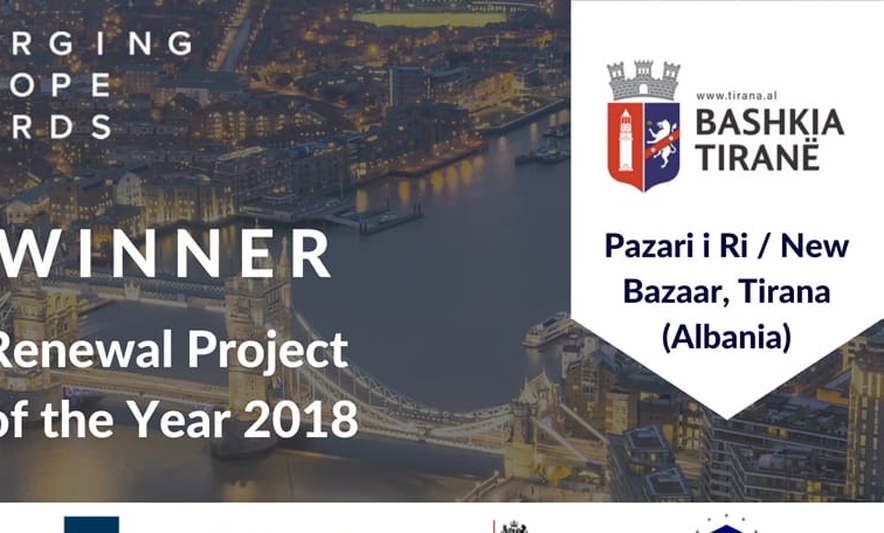 This award comes two days after the prize that the Municipality of Tirana received in Barcelona as the Best Public Space in Europe for 2018.

The Vice Mayor of Tirana, Arbjan Mazniku, thanked the jury for rewarding the rehabilitation project of the New Market. From a ruin, in a very short time, it was transformed into one of the most attractive tourist places for the city, offering many economic and cultural activities.

The New Market won against nine other candidates, such as Warsaw’s Koszyki market, and the Mynta Square in Lviv, Ukraine.