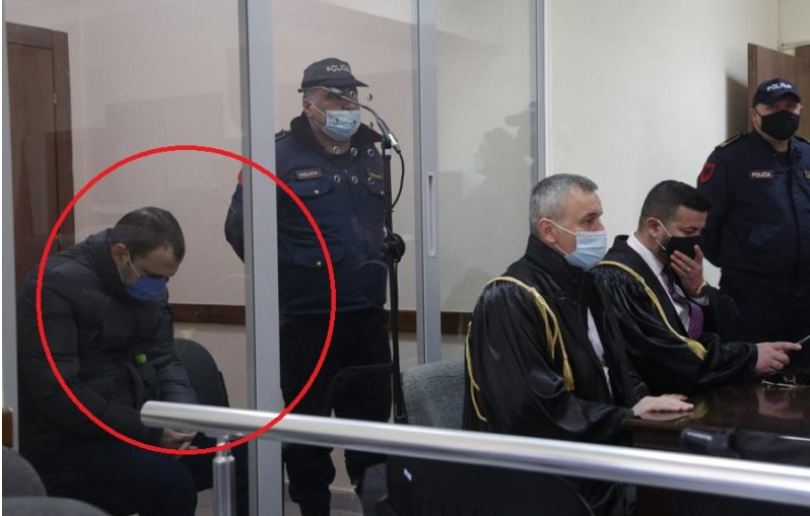 The prosecution announced the requested prison sentence for the former police Nevaldo Hajdaraj who killed with the service firearm 25 years old Klodian Rasha on December 8 last year, when the latter did not stop on his call, in the hours of the pandemic lockdown.

Journalist Anila Hoxha reports that the prosecution requested 20 years in prison but with the application of the shortened trial, this is reduced to 13 years, according to prosecutor Ardian Braho.

During the hearing, Hajdaraj did not raise his eyes for a moment.

The prosecutor said: “I request the conviction of Nevaldo and his sentence of 20 years, but in the application of summary judgment this sentence is reduced to 13 years.”

The next hearing will be held on June 17.

The murder of 25-year-old Klodian Rasha by the patrol police officer brought days of protests in the capital that were followed by the resignation of Interior Minister Sander Lleshaj.