Mogherini: “2019, a successful year for Albania” 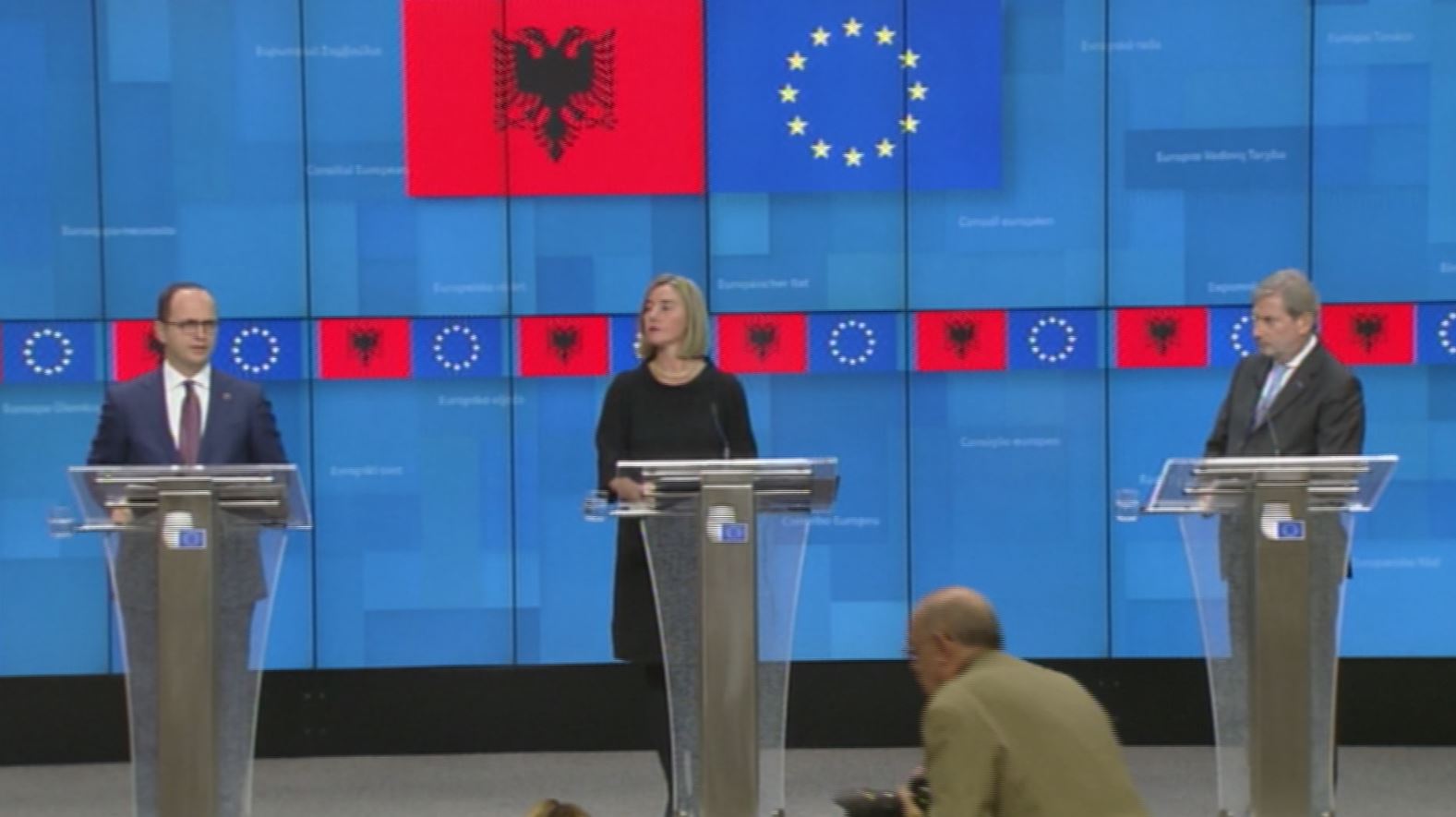 A joint press release was held today in Brussels by the Albanian Minister for Europe and Foreign Affairs, Ditmir Bushati; the EU Commissioner for Enlargement, Johannes Hahn; and the EU representative for Foreign Policy, Federica Mogherini.

Mogherini said that 2019 will be the year when Albania will mark new success stories.

“Albania keeps playing a constructive role in the region. We were determined to give priority to the security operations. The agreement between Western Balkan countries and Europe is the strategy that is being followed by our countries. We will keep working with Albania to fulfill all of the priorities. We remain determined that 2019 will be a successful year for Albania, as its citizens want”, she said.

Foreign Minister Bushati underlined that the Rama government is open and ready to dialogue with other political forces.

“In this 10th meeting for the Stabilization-Association, our message was to keep an open door for cooperation with all political forces. We are in favor of the reforms. We will work together with the European Commission and EU countries to turn this into a success story by June 2019”, Bushati declared.

The Foreign Minister mentioned the recent successful operations against the organized crime, for which Albania was congratulated by Mogherini and Hahn.

“These operations are very encouraging. I am happy that the EU High Representative mentioned this fact. The law-enforcing institutions are on the front line. We will keep working with the law to respect the rights of national minorities. We share the same views with the EU about Albania’s role in the region. The fact that Albania aligns its foreign stances with the EU is not a mechanical process, but a process that derives from strategic choices”, Bushati declared.