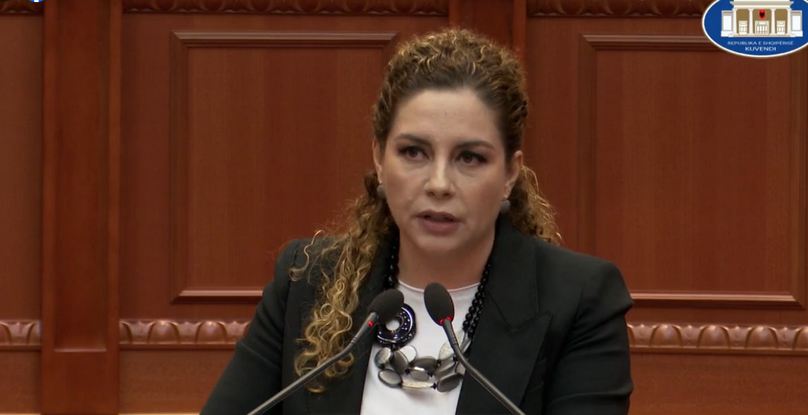 Albanian Minister of Foreign Affairs, Olta Xhaçka has responded for the first time to the accusations of the opposition Democratic Party on the land and hotel her husband is building on the coast.

From the rostrum of the Assembly, Xhaçka said that her husband has achieved everything with hard work, as he has been a businessman since 1991 and has not violated any law.

“I am not in conflict of interest and I am not the only one saying this because if I said it, it would be the word of MP Shehaj (the opposition accuser) against mine. This is what the law and the Court says.

“My husband has been doing business since 1991 and just like Mr. Shehaj started the business as a migrant in Italy, to continue it later in Albania.

“And after 30 years in business, it is committed today to make a serious investment, a 5-star hotel on the southern beach”, Xhacka stated.

The Minister continued: “Citizens when they hear Mr. Shehaj who shouts about the status of ‘strategic investor’ or conflict of interest naturally have the right to think that who knows what is happening here, they think that property or funds are being granted here, or the law is being violated or who knows what else.

“As a strategic investor, my husband has gained only the right to priority in concluding the annual contract with the municipality, for renting the beach space in front of the hotel”, said Xhaçka in the Assembly.