Supporters of former Prime Minister Sali Berisha chanted slogans “Basha go”, while some of them clashed with the group that supports the current leader of the Democratic Party. The presence of police forces kept the situation under control.

Berisha’s supporters referred to Basha as ‘traitor’ and called on him to accept the result of the Democrats’ free vote for his dismissal.

The protest took place in the main square of Durrës, in front of the “Aleksandër Moisiu” theater, where Basha’s meeting with supporters was held, while the protesters continued to stay in the square.

The violent clash to take charge of the DP headquarters in Tirana, has left room now  for the tour of meetings of Lulzim Basha and Sali Berisha across the country. The protest called by Sali Berisha at the PD headquarters on January 8 marked the culmination of the internal disputes of the Democratic Party. 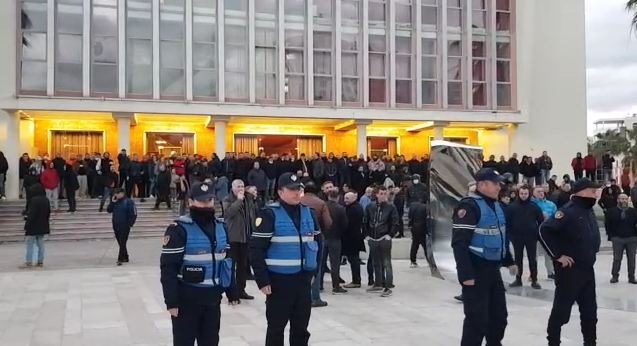