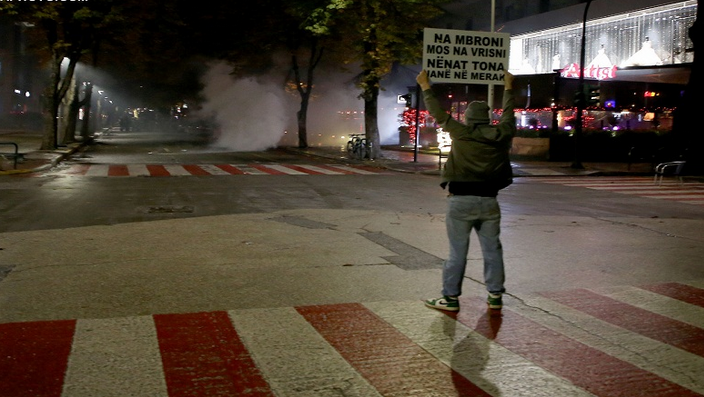 25 citizens have been arrested and 130 are being investigated, after the violent protest yesterday in Tirana for the murder of Klodian Rasha. According to the police, the detainees used violence and injured 3 police officers, as well as destroyed public and private property.

Police reports that the violent persons who were identified through the security cameras have caused considerable material damage, in “Dëshmorët e Kombit” boulevard, in Skënderbej square, in “Myslym Shyri” street, in the former Bllok area, in the street “Ibrahim Rrugova”, “Gjin Bue Shpata ”,“ Sulejman Delvina ”and “Sami Frashëri.”

Protests in the capital and in various cities of the country started as a revolt of citizens after the shooting death of 25-year-old Klodian Rasha by a police officer on the morning of December 8, apparently for violating the coronavirus curfew.