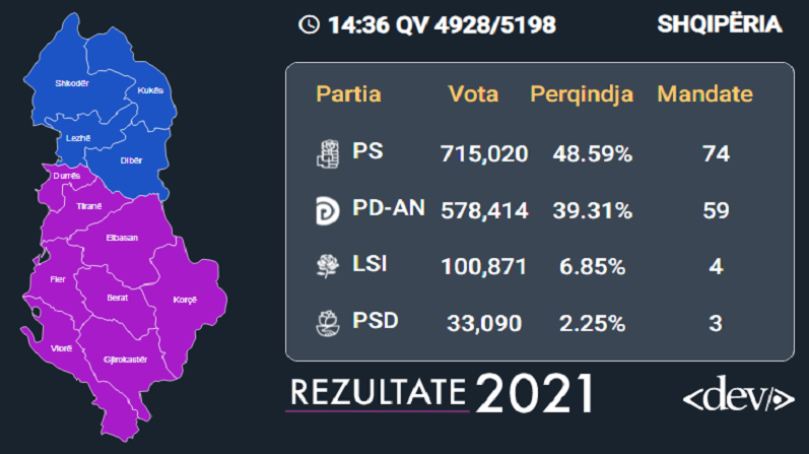 The process of counting the votes for the 2021 parliamentary elections has been completed in the 10 main constituencies of Albania and the ruling Socialist Party is heading towards winning the third term in power.

The process has been generally regular despite concerns on the large number of about 74,000 invalid votes.

The Democratic Party has triumphed in Shkodra, Lezha, Dibra and Kukes, while the SP in Elbasan, Korca, Vlora, Gjirokastra, Fier and Berat.

The counting process continued smoothly, except for an incident that occurred the day before in the “1 Maji” school in Tirana, where police escorted 8 people after a serious physical clash between election officials and other unidentified persons.