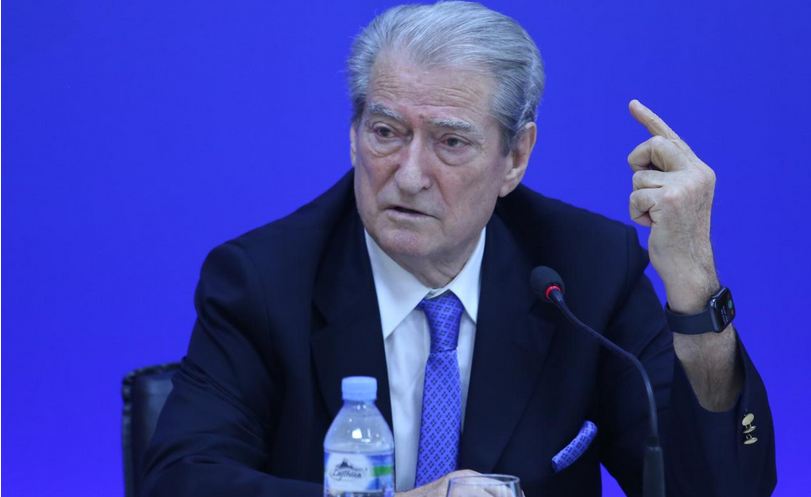 At the weekly media conference, the leader of the opposition Sali Berisha again demanded the resignation or dismissal of the two ministers Çuçi and Kumbaro, whom he considers responsible for the tragedy on the beach of Potami, where the 7-year-old British-Albanian Jonada Avdia was fatally hit by the engine of a speedboat near the seashore.

Berisha repeated his position, calling the tragedy a state crime, while commenting on Minister Cuci’s reaction to the accusations against him.

“Everything speaks of a state crime. The boat was legally prohibited from being used. The boatman was unlicensed to operate the boat. The author, Arjan Tase, was reinstated in the police force by two ministers, although he did not meet any conditions for his reinstatement, apart from his ties to the two ministers,” said Berisha.

He further added: “Great efforts have been made to hide the traces of the crime. Not only did the author try to leave the scene, but the cameras that recorded the crime scene have disappeared. They are criminals just like Tase, they immediately took the cameras and destroyed them, but there were many witnesses here. On this occasion, I ask PM Rama to immediately dismiss the two ministers, who are absolutely responsible for the drama that happened in Potam.

“The Albanian citizens have given the government 72 hours to reflect, and I hope that the right decisions will be made. Of course, the DP opposition strongly supports the citizens’ rightful protest for a serious state crime such as this” – said Berisha, among other things.