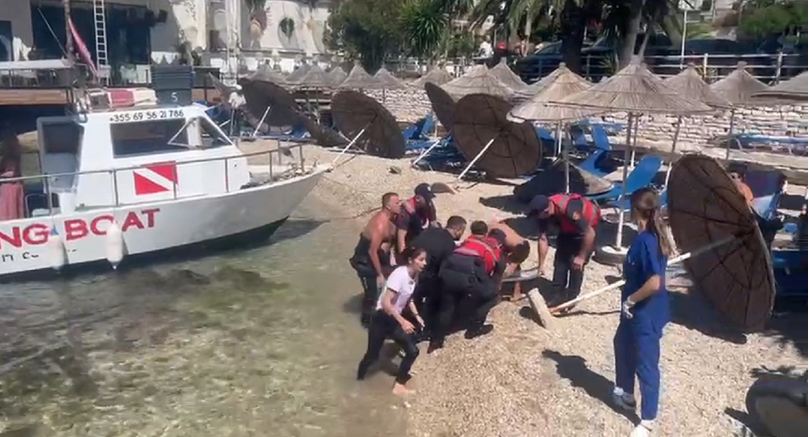 A diving instructor has been arrested after a British holidaymaker drowned today in front of her boyfriend off the coast of southern Albania.

Rebecca Gannon, 29, was with her boyfriend when she got into difficulty during the trip on Monday afternoon with a group of seven other divers in Saranda.

Instructor Saimir Kushova, 45, leapt into the water to try and save her after spotting that she was in difficulty and managed to bring her to the surface.

Video posted on websites shows a body being carried frantically from a boat at Saranda on the southern Albanian coast, where paramedics were waiting.

Gerta Brozi who was on the boat and is co-owner of the Spiranca Diving Centre told MailOnline: ‘We really don’t know what happened and are waiting for the police to finish the investigation.”