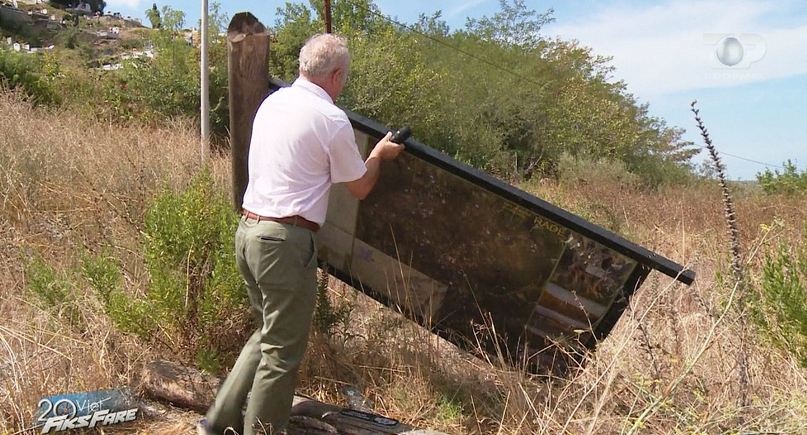 The “100 tourist villages” project, one of the main commitments of the sector from the government, has not yet been fulfilled in the villages of Durrës district.

Rada, Shetaj and Shen Vlash are the 3 villages included in the list of the new ‘tourist attractions’, in order to strengthen the economy of these rural areas.

Top Channel’s Fiks Fare program visited these three villages of the Durrës Municipality, where the project for ‘rural renaissance’ almost does not exist.

In the village of Shetaj, according to the map, there are many attractions to see such as museums or panoramic points. But the residents of this village claim that there is nothing like these in their village and many tourists who come here then head to the coast of Cape Rodon.

“The road here is paved, but we don’t have drinking water, would tourists come without water?” says one resident.

“Fiks Fare” journalists followed the road shown in the official map and stopped at the designated ‘panoramic point’, which was just a piece of land, which was indeed beautiful if you “lost” your gaze to the sea, but if you looked downyour feet, there was only litter.

The asphalt then started to become potholed up to “Kepi i Rodoni”, but as soon as you reached it, a beam placed by private entities stopped you, forcing you to pay to continue the “tourist journey”.

At the entrance to the village of Rada, the journalists came across a log, which previously served as an orientation sign from the Ministry of Culture and Tourism to inform visitors about the special features of this village.

The rest of the board was found a few meters away, among the bushes that had covered it.

There is a large agro-tourism farm in this village, but the road to get there was being paved by the Municipality of Durrës, not the central tourism agencies. A resident of the village who was selling grapes on the side of the road told reporters that the building that used to be the museum of the village, but was now privatized and the person had returned it to his home.

In Saint Vlash there is only one big monastery that tourists come to see, which is located near the road. There is nothing else in this village and as confirmed by the residents the tourists did not enter the village at all, but only look at the monastery and turn back.