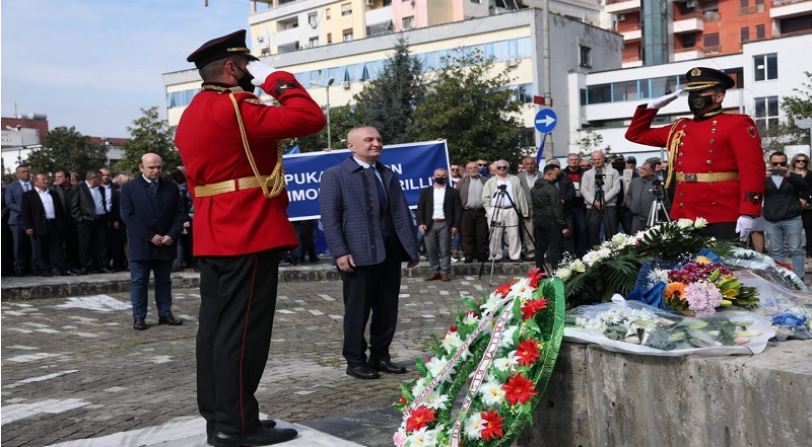 President Ilir Meta was today in the city of Shkodra, where he participated in the solemn commemoration ceremony for the 30th anniversary of the brutal assassination of four Martyrs of Democracy, by the then newly converted communist regime.

30 years ago on April 2, 1991, Shkodra was shaken by what is known as the ‘last massacre of communism in Albania’ after during a protest against the regime 4 people were executed by the authorities in power.

The bullets of the police forces took the lives of Bujar Bishanaku, Arben Broc, Nazmi Kryeziu and Besnik Ceka, today declared martyrs of democracy, while dozens were injured.

Accompanied by the Mayor of Shkodra, Mrs. Voltana Ademi, the President met with the families of the four heroes and other citizens and then paid homage to the “Memorial of April 2nd, 1991”, laying a wreath.

On this occasion, the President said: “Today marks three decades since April 2, 1991, when four of the best boys of Shkodra and Albania, were treacherously killed, precisely because they were determined to defend democracy and the free elections.

“Today in Shkodra, we honor their unforgettable memory and we are committed to complete their legacy and all other martyrs who have fallen for democracy, for free elections, for free speech and thought, as Albania still suffers from a lack of these.

“Unfortunately, Albania still suffers from the party-state phenomenon and from the capture of the state, which has held the European integration process hostage for so many years.”