Albania’s relations with Turkey, PM Rama: Erdogan is not anti-Greek, he wants dialogue 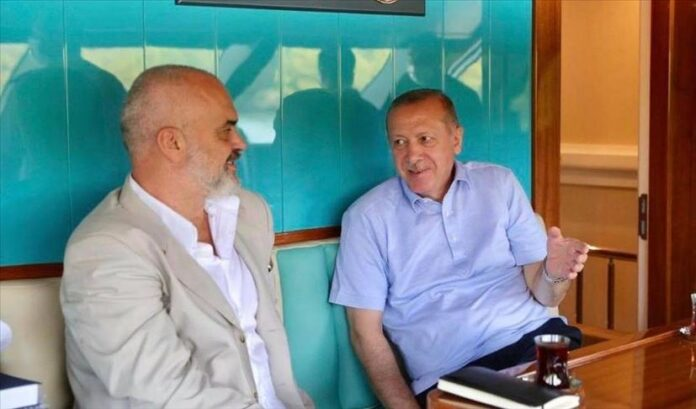 Prime Minister Edi Rama has stated that the only alternative for Albania is the European Union as then focused on Albania’s relations with Turkey and Greece, two countries that have recently entered into a conflict over the Egean sea.

Rama has said that Turkish President Recep Tayyip Erdogan is not anti-Greek and wants to resolve disputes through dialogue.

“I have to say one thing. Albania is not between two fires. We have absolutely big potential between Greek-Turkish relations. Turkey is key to Europe’s security, but so is Greece to Europe’s borders. What I can say without a doubt is that Turkish President Erdogan is not an anti-Greek person and there is no doubt that he has a will for dialogue.

“This is not easy but it is possible. I am 100% convinced that Greek-Turkish relations can be an added value. Greece is in the right position to be an honest mediator. “It’s something that can happen.”