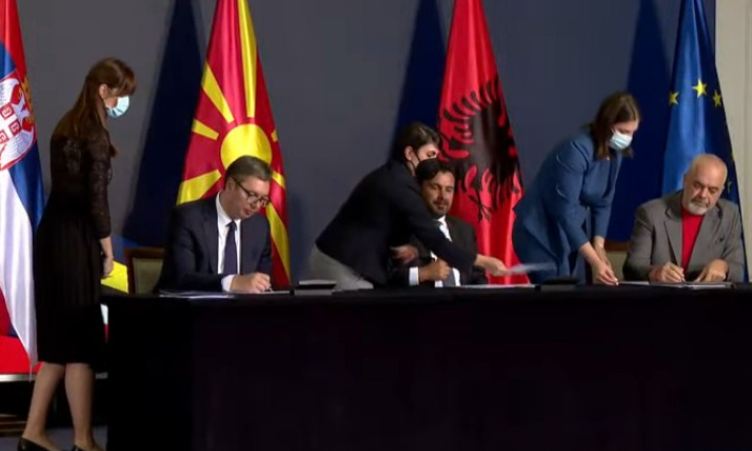 Three Balkan prime ministers Edi Rama, Zoran Zaev and Aleksandar Vucic, signed today at the economic forum in Skopje two memoranda and an interstate agreement, aimed at facilitating the movement of people, the passage of goods and strengthening cooperation between the countries of the region.

The agreement provides, inter alia, for the establishment of “fast lanes” at border crossings, and contains provisions for the simplification of formalities for the import, export and transport of goods;

The ‘Western Balkans Disaster Protection Co-operation Agreement’ and the ‘Memorandum of Understanding on Facilitating the Import, Export and Movement of Goods in the Western Balkans’ are part of the Initiative for Advanced Regional Economic Cooperation between Northern Macedonia, Albania and Serbia.

The Skopje Forum for Regional Cooperation in the Western Balkans, organized by the Chambers of Commerce of Northern Macedonia, Albania and Serbia, has brought together more than 300 companies from these three countries, as well as other regional and European economies, and also government representatives, financial institutions, universities, delegations and international associations.