May 23rd 2008 marked the unfortunate death of Dritan Hoxha but not the end of his dream.

Top Channel’s founder started the first media entrepreneurship journey in Albania with the creation of Top Albania Radio in 1998, and then the revolution came with the birth of Top Channel, the television platform that unites Albanian speakers today wherever they live. DigitAlb and Gazeta Shqip would expand Top Media’s media empire.

Top Media was conceived by a man of dreams, as a virtual family that kept people connected through the screen, entertaining them as well as educating and informing them all.

Dritan Hoxha was an impetus for all those who do not believe that dreams came true, leaving the important message that he who loves the work he does, always succeeds.

With extraordinary energy, will and perseverance, Hoxha followed every project in detail, believing that was the right one.

And he was never wrong as the future was clear to him. The founder of Top Media was not afraid of challenges and with the intuition that characterized him, chose the right people who would accompany him on his journey, until his life was prematurely ended in the tragic accident in Tirana.

Top Media continues today the dream of its far-sighted founder with dignity, by being the biggest platform for Albanians. 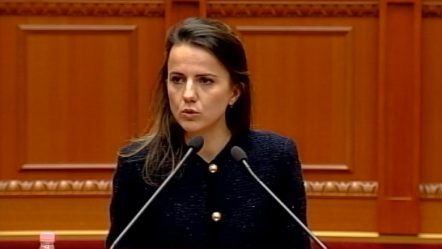