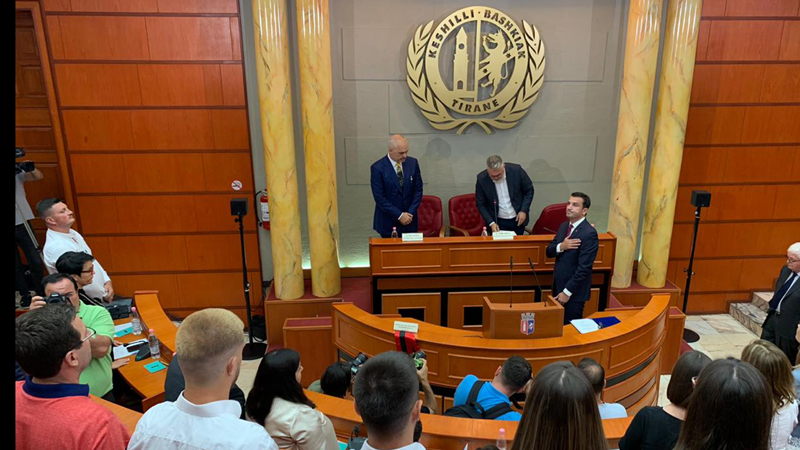 Vjollca Braho and Luan Bregasi were appointed vice chairmen of the municipal council.

“I am looking forward to start working and turn this city into a dream for our children. It is the biggest blessing for a man’s life to lead and serve to the people”, Veliaj said.