Rama about Hahn’s comment: “Kosovo’s tax on Serbia, cry that must be heard” 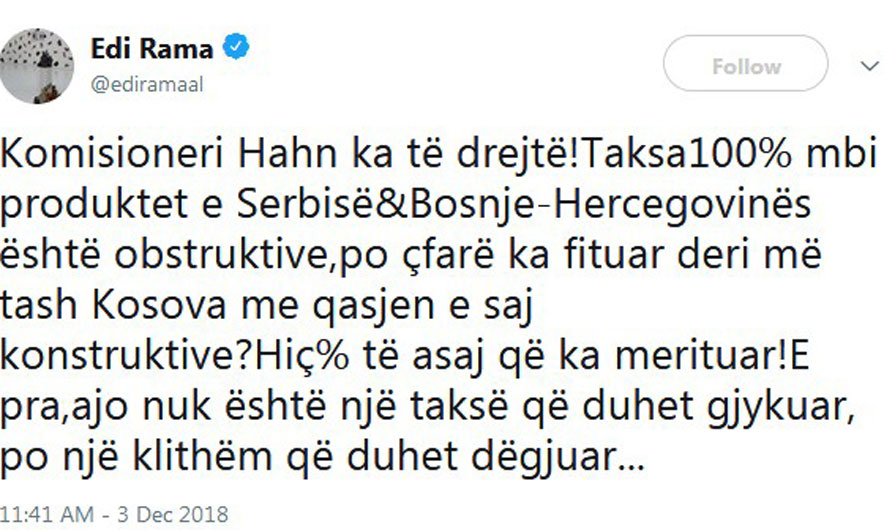 The Albanian Prime Minister, Edi Rama, said on Twitter that the EU Commissioner for Enlargement and Neighboring is not wrong when he says that Kosovo’s 100% tax on Serbian and Bosnian goods is obstructive, but that’s only because Kosovo saw nothing good from its constant constructive approach.

“Hahn is right. The 100% tax on Serbian products is obstructive. But it’s not a tax that should be judged. It’s a cry that should be heard”, Rama wrote on Twitter.