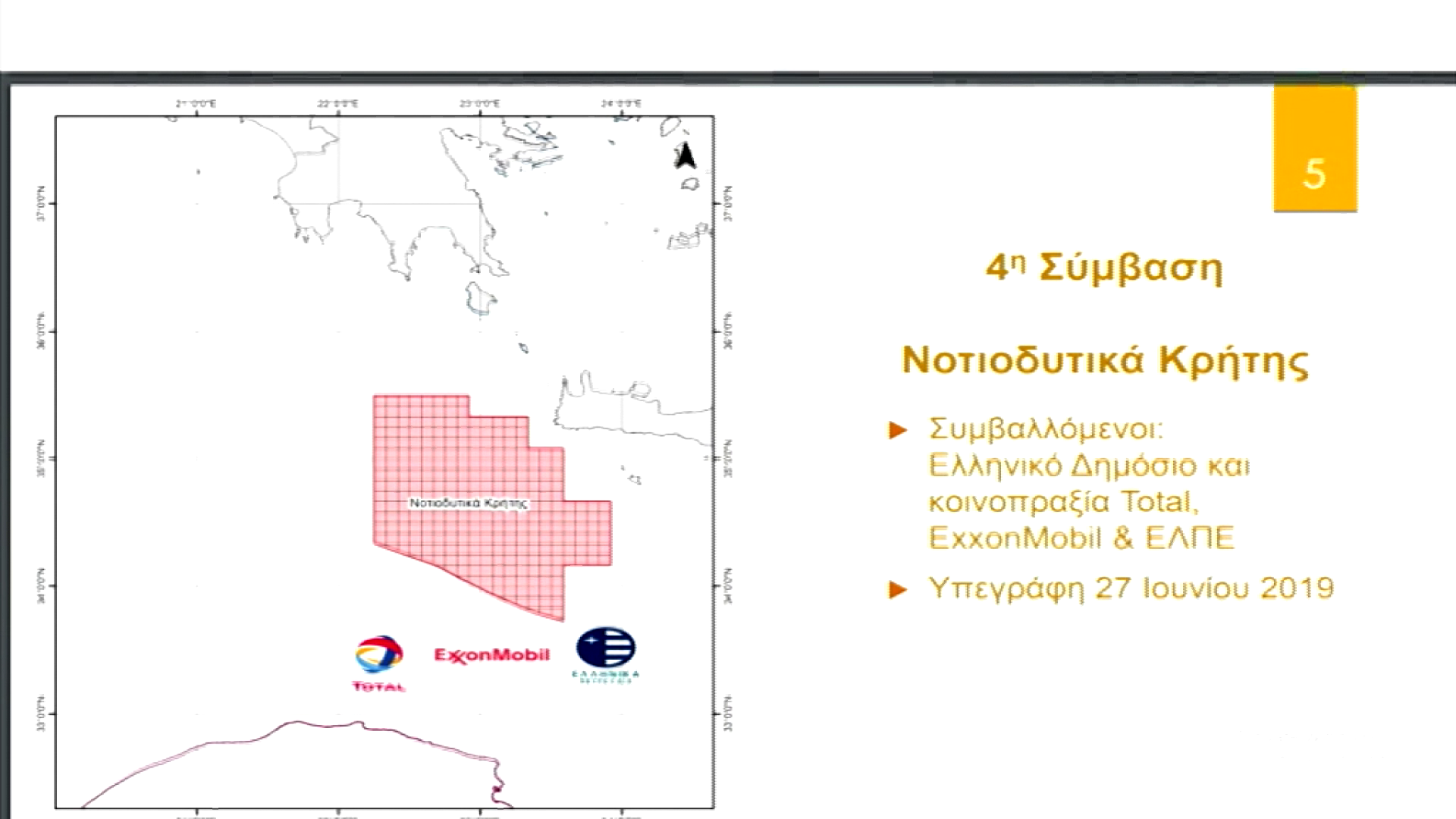 The Greek Ministry of Energy has introduced draft law for ratifying four agreements that will allow oil research in four maritime areas, in the Ionnian Sea and Crete.

The ratification of the agreement, the negotiations for which lasted almost three years, would be a vote of trust for the international oil companies that will invest 140 million Euros in researches.

Exxon Mobil and Hellenic Petroleum, among the biggest oil companies in the world, are exploring some of the exclusive economic areas of Cyprus, where they have uncovered a giant oil reserve.