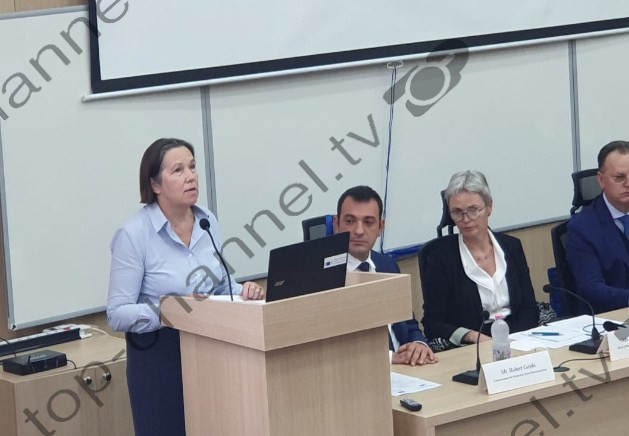 The French Ambassador to Albania, Christina Vasak, reacted for the first time after France decided against Albania’s EU accession negotiations.

Vasak said from Elbasan that the decision will be taken during the Zagreb Summit, May 2020.

She underlined that Macron has clearly expressed his support to Albania and the other countries that want to open the EU accession negotiations.

“The decision of the European Council doesn’t close the doors for Albania. It is a solemn decision, but not for definitely closing the doors for Albania. There is another meeting in Zagreb. This is an important meeting because Croatia will be taking the Presidency of the European Council and all the other members of the EU will be playing a crucial role, because the decision must be unanimous. The French President has clearly stated that Albania and the other countries will receive support for opening the negotiations”, the Ambassador declared.