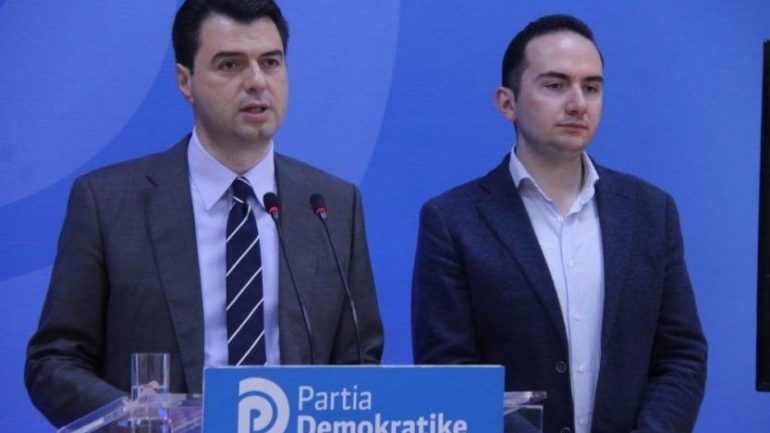 The Democratic Party leader, Lulzim Basha, reacted after the Prosecution requested 1.5 years in prison for the former MP, Ervin Salianji, who has been charged with false reporting through the “Babale case”.

Basha said that Edi Rama is bringing back the political trials against the opposition and that the request claimed by the Prosecutors today is in fact ordered by Rama, one day after his party published the scandal.

“30 years after we brought the dictatorship down, Edi Rama is bringing back political trials against the opposition. To punish Salianji, who reported with facts the involvement of the Interior Minister’s brother in drug traffic, Edi Rama used the corrupted Prosecutors, Kole Hysenaj and Genci Qana, who implemented his failed plan to silence the opposition”, Basha declared.