Basha for BBC World: What our protests are aiming and what Albania needs for EU accession 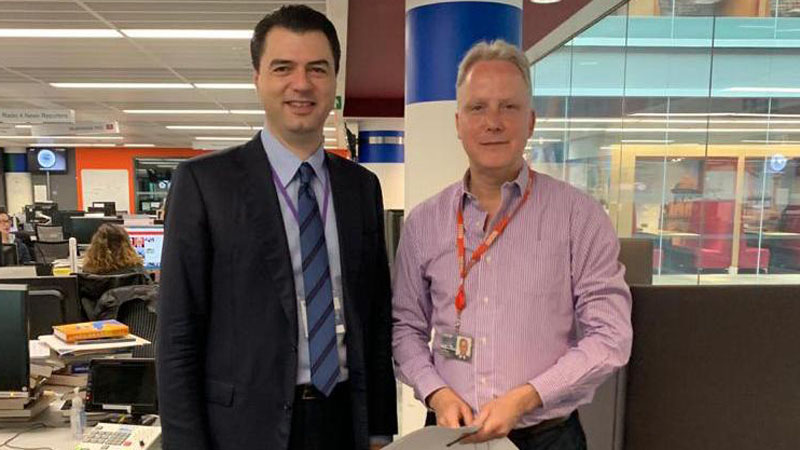 The Democratic Party leader, Lulzim Basha, said for BBC World that the DP has always made appeals for non-violent protests.

“We will always distance ourselves from violence. However, we must understand that isolated violence, which thankfully didn’t cause victims, hasn’t had any injured police officer or protester”, Basha said.

When asked about what should happen to those who are responsible for the violence, Basha reiterated once again that no police officers have been injured.

“The media was able to film it live. Police officers who have beaten the third person in charge at the Democratic Party were protected by the Prime Minister.

BBC WORLD: You have been in power and now you are in opposition. Parties in Albania launch accusations back and forth, all the time. That’s what politics is like in Albania. Why is it different this time?

Basha: Anti-mafia investigations have thousands of hours of surveillance tapes which show that high-level officials of the Prime Minister are cooperating with the organized crime. Some of that was published by the Voice of America and Bild. Nothing has been done by the government for these accusations. No politician has been called to testify.

BBC WORLD: Albania expects a positive response from the EU this June. How could these protests damage the process?

Lulzim Basha: The protests are a consequence of the deep political crisis. Despite the sugar-coated reports…

BBC WORLD: What do you mean with “sugar-coated”.

Lulzim Basha: Far from the reality.

BBC WORLD: For what reason.

Lulzim Basha: Albania needs to join the EU and that’s what we are fighting for, for the Euroepan values. But Albania cannot join it with lies, with stolen elections, with cooperation through the organized crime.