Wilfires in Priska, Goxhaj: 50 firefighters on the ground, air intervention is required 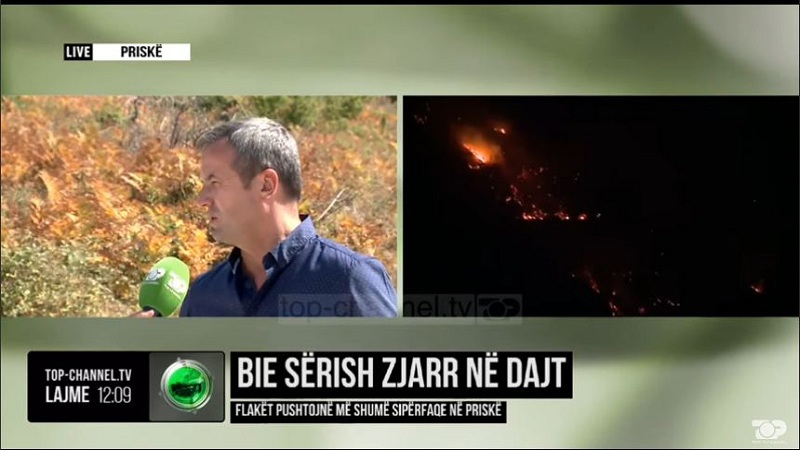 The head of firefighters in Tirana, Shkëlqim Goxhaj in an interview for Top Channel spoke about the fire in Priska on the Dajti mountain near Tirana, which was previously extinguished, but has been reactivated and is burning tens of hectares.

He said they soon will have 50 firefighter units on the difficult terrain in Priska.

“The fire in Priska was reactivated last weekend. In addition to firefighters, there are special protection forces. We have field workers, but not the machinery needed. Yesterday it was reactivated in another position we started working in the field. By noon we will have 50 firefighters on the ground. The terrain is difficult, no guarantee is given if it will be turned off, but it can be turned off and reignited again. They will be localized by the employees of the service “, said Goxhaj.

Goxhaj said that he has communicated with the Ministry of Defense as an air response is expected.

“We are cooperating with the prefect of the region and other institutions, requests have been made and we are waiting. Herbs and bushes were burned, because the trees are burning as the trees burned several years ago”, said Goxhaj for Top Channel.

The fire in Priska became active a few days ago by burning tens of hectares of land. President Ilir Meta accused the fire brigade that they were not performing their duty by going to the scene to fight the flames.