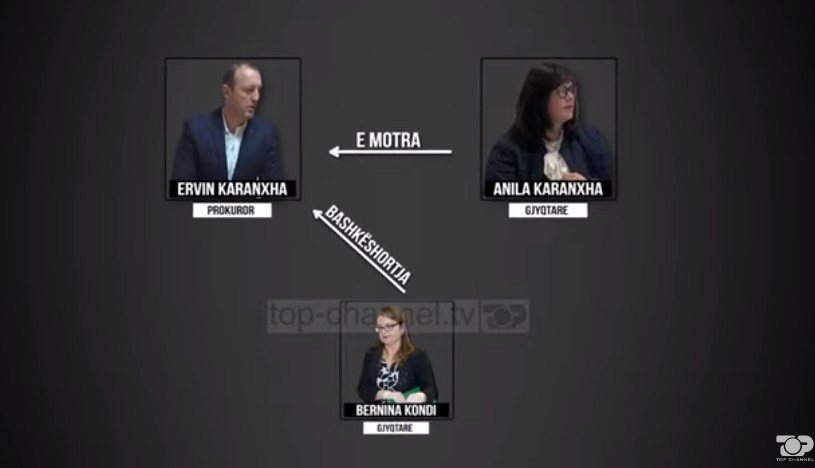 The Top Story show on Top Channel investigated the heavily nepotistic connections in the Albanian justice system, as in the cases when family members in the justice system create a network, and described as an “octopus scheme” on order to capture justice.

Being a member of the same family they constantly do “justice favors” to each-other for third parties, increasing their illegal walth through bribes.

Journalists investigationg in Top Story, during the observation of Ervin Karanxha’s wealth, raised suspicions for misconduct. Judge Bernina Kondi and her family own two apartments in Tirana but she also taken a soft loan qualifying as homeless. Irregularities were observed in subsequent purchases and borrowings, which pushed the Independent Commission and Qualification for the dismissal of judge Bernina Kondi.

But she has not acted alone. Now in the vetting process is also her husband, the prosecutor Ervin Karanxha, who also is expected to receive the dismissal.