Albanian Prime Minister Edi Rama and Turkish President Recep Tayyip Erdoğan were this afternoon at the premises of the Prime Ministry in Tirana, where seven agreements were signed between the two governments.

Firstly, a cooperation agreement was signed between the Turkish Anadolu News Agency and the Albanian Telegraphic Agency. Afterwards a memorandum of understanding on cooperation in law enforcement training between the governments of Turkey and Albania.

The two ministers of education signed a memorandum of understanding on Cooperation in the Field of Youths and Sports.

The meeting between President Erdogan and PM Rama at the Prime Minister’s office will be followed by a joint press conference, while the Turkish leader is expected to attend the inauguration ceremony of the Et’hem Bey Mosque in the capital.

Finally, Erdogan will take the rostrum in the Albanian Parliament, from where he will deliver a greeting speech. 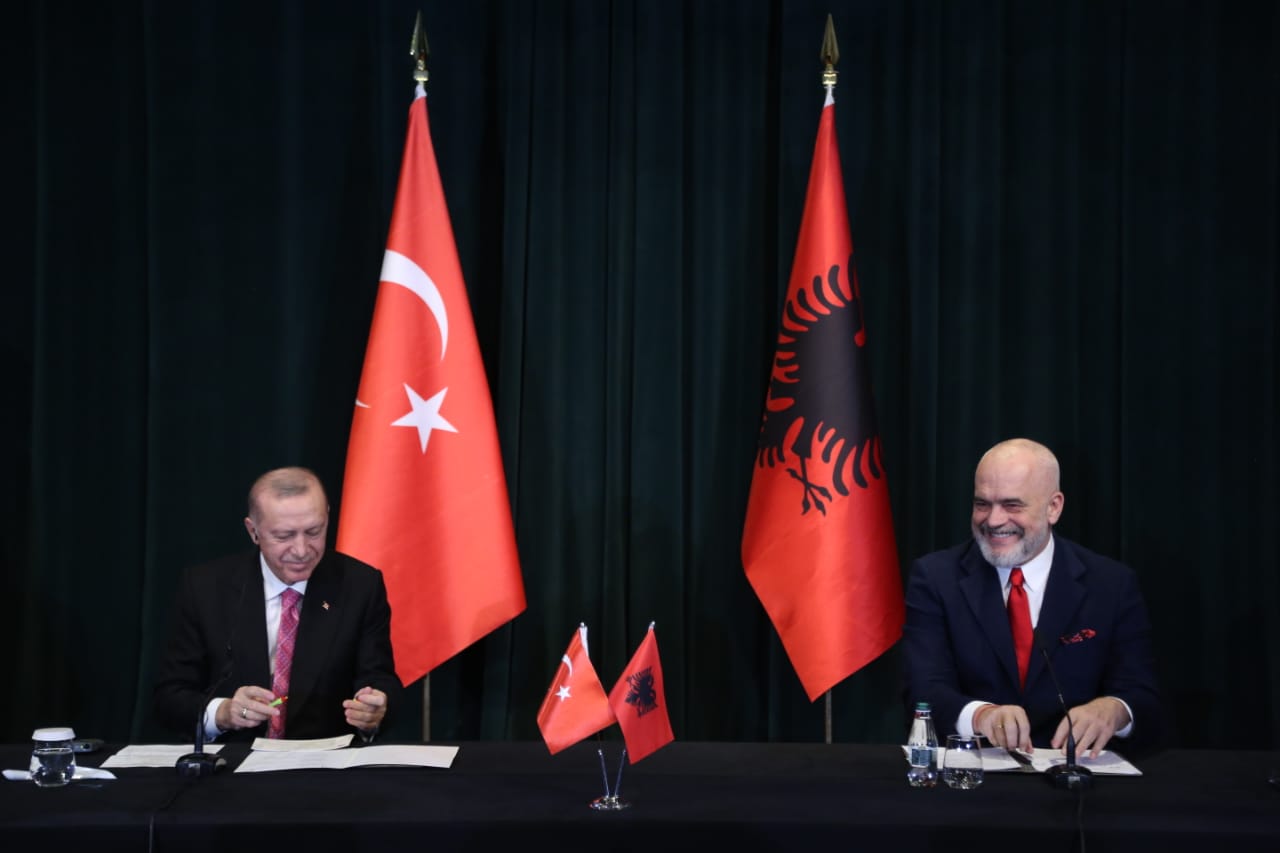