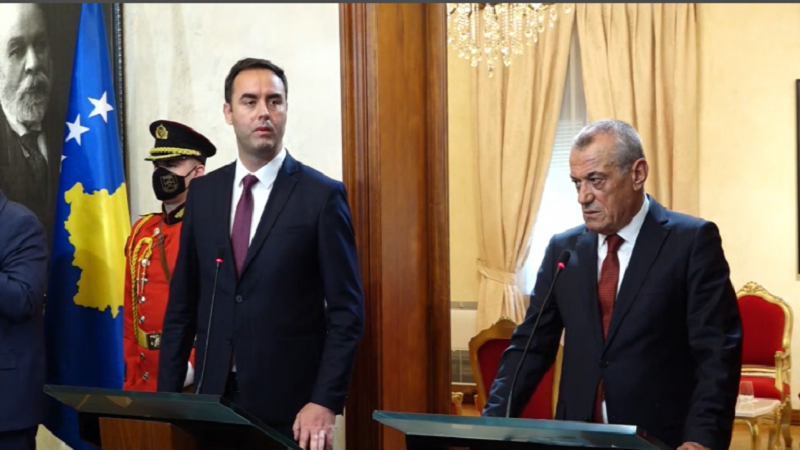 Speaker of the Albanian Parliament Gramoz Ruçi received in Tirana with his counterpart from Kosovo, Glauk Konjfuca.

Ruci said that the Kosovo-Serbia dialogue was discussed at the meeting, adding that Tirana recognizes Serbia as a party responsible for Kosovo’s war crimes.

Meanwhile Konjufca stated that Kosovo should not come out damaged in its dialogue with Serbia and called for cooperation with Albania to protect the image of the Kosovo Liberation Army war.

Glauk Konjufca: “Albania has made a valuable contribution to Kosovo. Therefore, in our country there is a tradition that the first official visit we make in Albania. We have common interests because we are one nation. Our policies must function on the precondition that we are one nation. Our challenges are common. I thank Albania and the institutions of the Albanian state for the help with the coronavirus crisis.”