Angela Merkel is received in Albania by PM Rama, meets the leaders of the region countries in Tirana

German Chancellor Angela Merkel was received today in Tirana by Albanian Prime Minister Edi Rama at the Palace of Brigades, where she will also hold a meeting with the prime ministers of the Western Balkan countries.

After the “face to face” meeting with Prime Minister Edi Rama and the following press conference, the Chancellor will also meet the heads of governments of the six Western Balkan countries, where the issues of regional cooperation will be in the foreground.

Face-to-face talks are also planned with the heads of government of Kosovo, Bosnia and Herzegovina, Montenegro and northern Macedonia. Merkel’s visit comes as part of the Berlin Process, for the interconnection of the Balkans region in the economical, political and cultural sphere.

As part of the measures to ensure public order and safety during the visit of the Chancellor in Tirana and the Prime Ministers of the Western Balkans in some road segments, there will be blockages and diversions of traffic, specifically in Rinas-Unaza e Re, Sauk, Rruga e Elbasan to the Palace of Brigades. 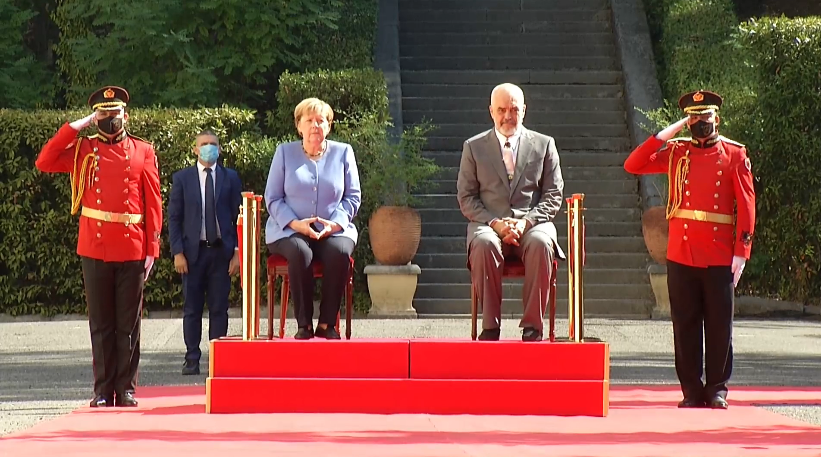