Kamber Dervishaj says that he paid a full 20 thousand euros, after unknown persons contacted him on social networks and then persuaded him to adapt to their scheme according to which he would be given a sum of 720 thousand euros.

The people behind the scheme told they were representatives of a French citizen, who was in the last days of her life and wanted to donate the amount of 720 thousand euros.

According to the fraudulent instructions, part of the amount should have been for churches, mosques and the rest for ordinary citizens.

She wrote to the Vlora man that she wanted to give him 370 thousand euros and this is where the fraud began.

But to disburse this amount with various excuses he was asked for and paid a full 20 thousand euros.

Kamber Dervishaj complained to the editorial office of the show “Fiks Fare”, who told the whole story of fraud.

He has on his phone set a host of fake documents and communications via Facebook and Whatsapp with different telephone numbers, which were allegedly from the donor or legal representatives of the donor.

The phenomenon has spread a lot in recent years with internet technology and with weak, naive or elderly people who do not understand the insensitivity of the virtual world and the widspread manipulation it enables. 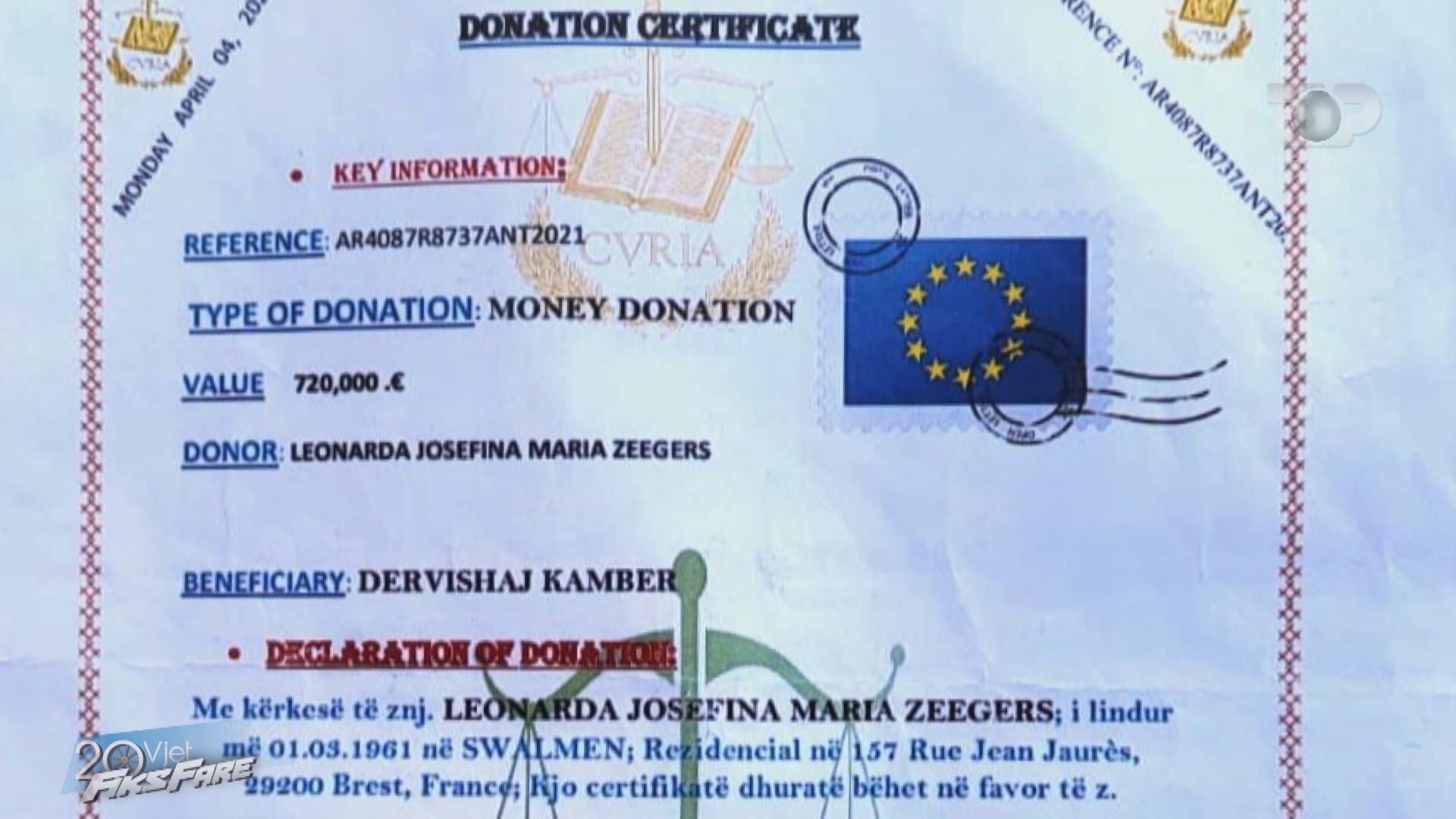