25-year-old Klaudia Xhaferraj and her 6-year-old son have tragically died after an accident which resulted in a fall from a height in Berat in southern Albania.

Their Mercedes vehicle went off the Antipatrea road in Berat this Monday and mother and son lost their lives in the waters of the Osum.

Security cameras in the area brought footage of the serious accident. At 13.57 on Antipatrea Street, which is with 2 senses of movement, the vehicle of the 25-year-old appears and suddenly changes direction, climbing on the sidewalk and then beyond the weak road barriers.

Several witnesses at the scene said the 25-year-old was traveling fast and made a wrong overtaking. The first to notice the accident were residents of the area who tried to get the injured out of the car but for them it was too late after they arrived dead at the hospital.

“Top Channel” learns that the 6-year-old had health complications before the accident and his mother was sending him to the hospital. The deceased’s husband was an migrant and the young woman cared for her son alone. 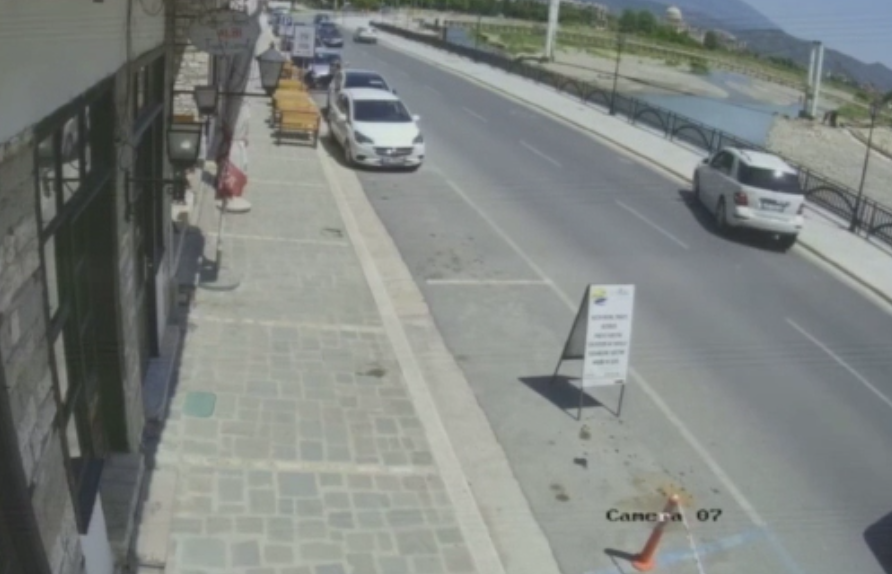