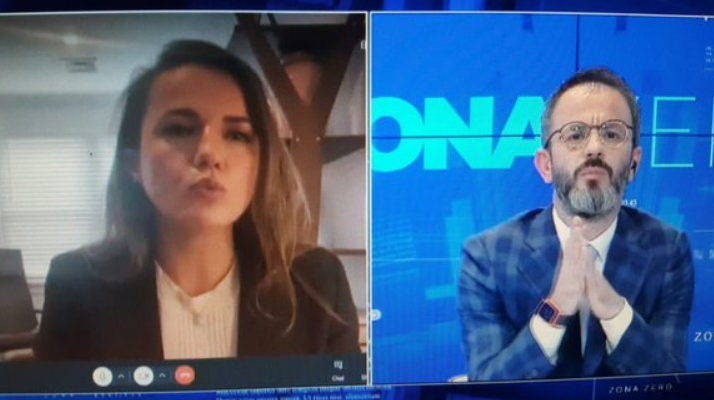 Former Democratic MP, Rudina Hajdari has commented today on the internal war that is taking place in the DP, after the expulsion of Sali Berisha by the current chairman Lulzim Basha.

Speaking from the US, in a direct link with “Zona Zero” in Top News, Hajdari said that currently is a competition taking place “between the owners” of the Democratic Party, for their personal interests.

“We are dealing with a muscle race, between the party owners, one former owner and the other the current owner. I do not see any possibility of opening or development within PD “, said Rudina Hajdari.

According to the former MP, Sali Berisha reacted only after his personal interest was violated. Hajdari hinted that she does not believe that the former prime minister can regain the trust of the citizens.

“We have seen this happening in the DP many times. We are dealing with a muscle race, between party owners. One former owner and the current owner. I was critical of Lulzim Basha before. His decision to leave the parliament (three years ago) was an anti-American decision. No one responded to calls from internationals who were against that move. Even the former chairman, Sali Berisha, did not criticize these decisions that brought serious consequences for the DP.

“Sali Berisha had the DP as his personal property and now he wants it back. Berisha has taken decisions as autocratic as Basha. But he spoke only now, as during this time he has not raised his voice for non-implementation of the statute or regarding other autocratic decisions of Lulzim Basha”, stated Hajdari among other things.