The Albanian Ambassador to Madrid is watching closely the local developments, after Catalonia declared its independence.

Ambassador Ridi Kurtezi told to Top Channel about the tense hours in Spain, as Rajoy’s government is trying to take under control the “rebellious” region.

“Starting from tomorrow, the political power in the Catalonian community will go under the competences of the Deputy Prime Minister, Santa Maria. By a special order of the Interior Minister, the Security Forces will be asked to not respect the chain of command, but implement only orders from the Guardia Civil, which is the national Spanish force. The Spanish Constitutional Court is expected to start a criminal case against the Catalonian political elite, especially for the President and Parliament Speaker”, Kurtezi declared.

According to Kurtezi, the current situation in Catalonia is calm. This will continue for as long as there is no tension between protesters and security forces. Strong security measures were also takenf or the match of this Sunday, Giron-Real Madrid.

“The security measures were taken because Girona is the source of Catalonia’s separatism. That’s where the main political forces are focused, which want to separate from Madrid”, he said.

But what is the stance of Albania regarding Catalonia’s independence?

“The European partners have been very explicit with their declarations and the US as well. They have supported the central government, the sovereignty and territorial integrity, expressing their desire for the rule of law to be respected. Our stance goes towards these parameters as well”, the Ambassador said.

The Ambassador also comments declarations which connect Catalonia with Kosovo.

“Kosovo’s declaration of independence came due to the threatened peace and security in Kosovo and the entire region. As for Catalonia, it is one of the most developed regions of Spain. You cannot compare them”, Kurtezi said for Top Channel. 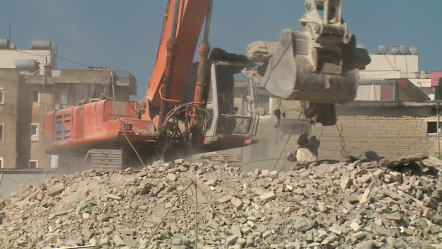