A public letter was sent by President Meta to the OSCE, asking them to intervene and resolve the current political crisis in Albania.

The letter appreciates Meta’s trust on the OSCE as an institution, but they underline that the dialogue can only be successful if it can have the attendance of all the parties involved, through a wide national process. 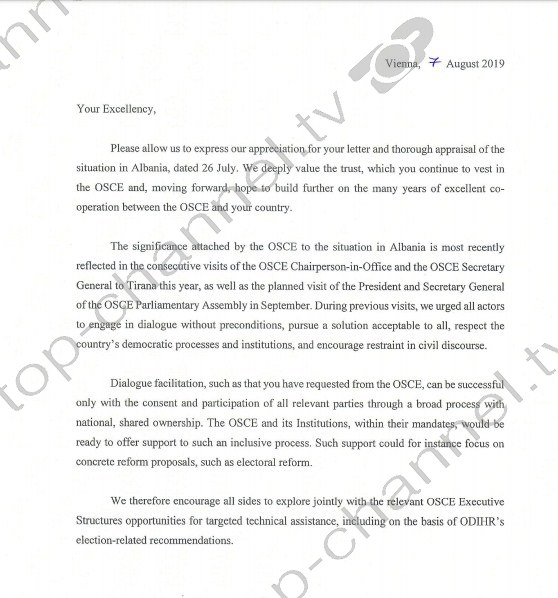