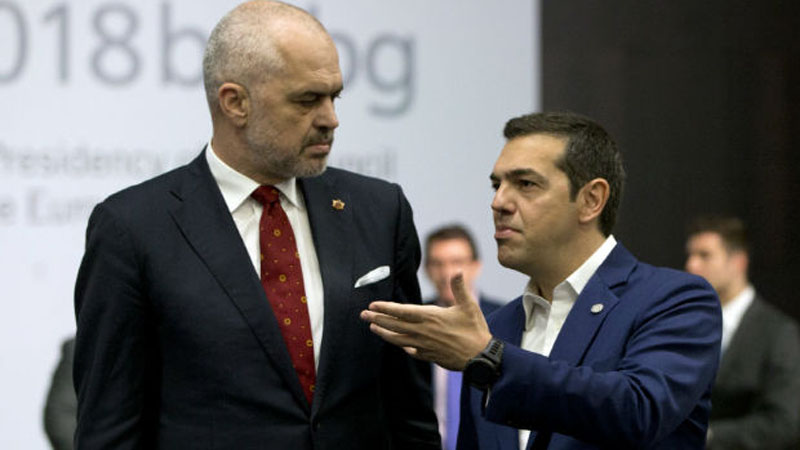 The Greek Prime Minister, Alexis Tsipras, declared in an interview for “Financial Times” that the agreement with Northern Macedonia was very difficult, after 27 years of stalemate, saying it was not just related with just the name, but with the history and the identity.

According to Tsipras, a logical next step would be to tackle the difficulties in Greek-Albanian relations, currently stalled after a promising dialogue opened in November 2017. Unresolved issues include maritime borders, the technical state of war that has existed between the two countries since 1945 and the status of Albania’s ethnic Greek minority.

Tsipras says he has explained to Edi Rama, Albania’s prime minister, that Tirana must better protect ethnic Greeks’ rights, or else the country’s path to EU membership will be closed. If Albania meets its human rights obligations, Tsipras says, “Greece — and I personally — will support a possible decision in June for Albania and North Macedonia to start their EU accession processes [together] . . . But we won’t endanger the accession process for North Macedonia, if it has made progress. That would be unfair.”