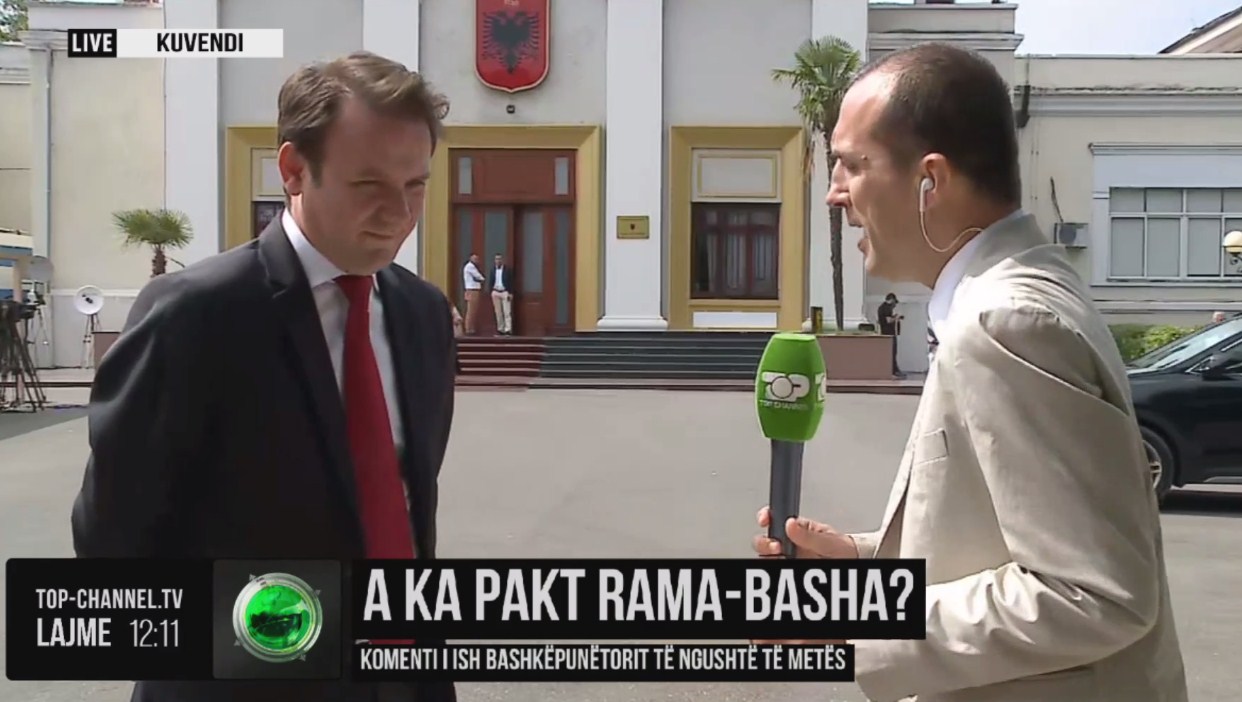 MP Ralf Gjoni, a former member of the SMi, now part of the new Parliamentary opposition, said that the judiciary reform doesn’t address only the OSCE/ODIHR recommendations, but also reforming the judiciary, including several Constitutional amends.

“Allow me to make it clear to those who hope that there will be a new love story between Edi Rama and Ilir Meta”, Ralf Gjoni said in Parliament.

To explain this declaration, Gjoni told Top Channel’s journalist, Muhamed Veliu, that the SP no only is not interested to keep up with the electoral reforms, but they are also hinting about possible love-stories with the Democratic Party.

“They are trying to warm up the same bed where they have been rolling together for the past years. Let’s not forget that we are here today because of these love stories between Rama and Berisha in 2008 when they cooked the notorious electoral code which needs to be reformed. The devil sleeps in the details. In this case, the devil sleeps in our vote. The vote in Parliament is determining for every system change, and there is no chance that the electoral reforms can be done without our us having a say in it”, he declared.

When asked if Rama and Basha reach an agreement regarding the electoral code, Gjoni said that any electoral code amend goes through the Electoral Reform Committee.

“Our vote is in favor of a new system, completely reformed. Not only based on the OSCE/ODIHR recommendation but on the entire system. We will not accept any dirty bargain behind the back of the Albanian people”, Gjoni declared.