Kosovo President and Foreign Minister meet with the Prince of Monaco 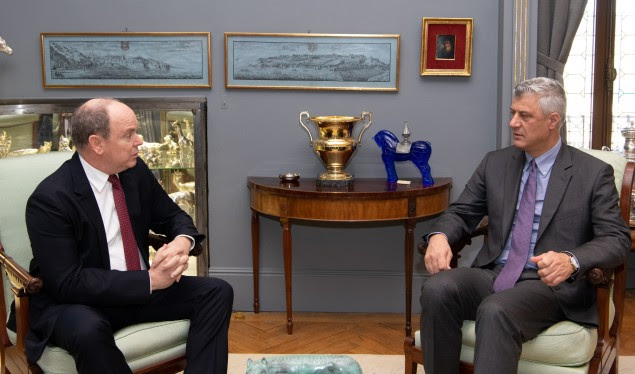 President Thaçi expressed his satisfaction with the current bilateral cooperation and with the support given by Monaco’s on the international stage.

“Monaco has supported Kosovo, especially its aspiration for accessing international organizations, particularly in sports forums. By supporting Kosovo in these forums you have helped to build peace and reconciliation in Kosovo and in the region, ” Thaçi said.

Prince Albert II of Monaco praised the cooperation with his country has with Kosovo and reiterated his support to Kosovo’s Euro-Atlantic perspective.

Thaçi briefed Prince Albert on Kosovo’s peacebuilding achievements and the consolidation of its state in the international arena.