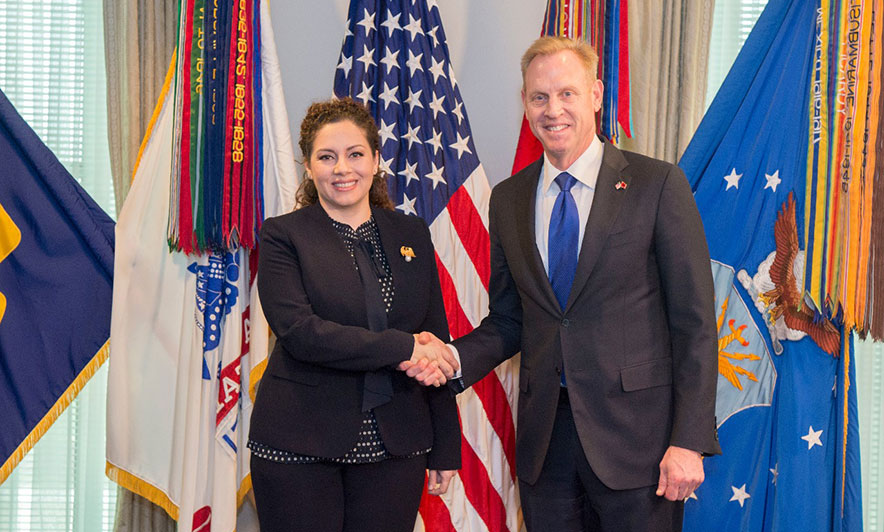 The Albanian Defense Minister, Olta Xhacka, is attending a visit in Washington for finalizing the agreement between the Albanian Armed Forces and the US Defense Department, with the purchase of Black Hawk helicopters.

This was Minister Xhacka’s second visit to the Pentagon, where she met with the acting Defense Minister, Patrick Shanahan.

Xhacka said that the USA is a great friend and strategic ally of the Albanian people, and that the fate of the Balkan region could have been different without their support.

Xhacka expressed her gratitude for the support that the USA is offering Albania to several reforms, especially with the judiciary.

The US acting Defense Minister appreciated Albania’s role as a an ally and partner in peace-keeping missions, but he also underlined the need to bring the army spending to 2% of the GDP.

“The relation between our countries is strong. I want to thank you for the contribution and the fact that you have been a role model”, he said.

DP’s Bylykbashi: As of today, the “state of natural disaster” and restriction measures are unconstitutional

Rama brakes the news of factory opening: A considerable number of residents will be employed